Scammers in the stock market: learning to recognize manipulation

There are many ways to make money on the stock market. But some of them can be harmful and go against the rules and laws. We tell you how not to fall for the tricks of manipulators. 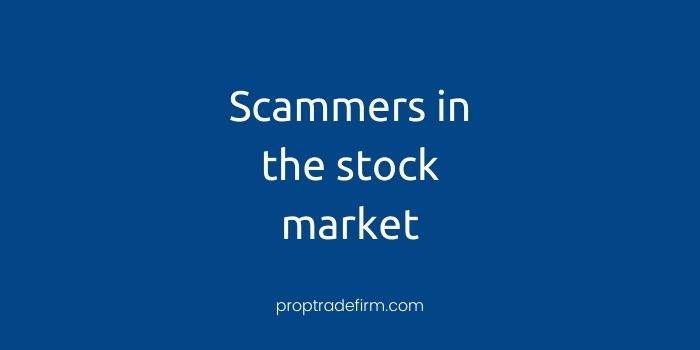 The main purpose of trading is to make money. But some believe always are good, and try to manipulate the market. Unscrupulous practices have existed since the emergence of the stock market.

There are two basic ways to cheat the market. The first and most obvious one is the falsification of news. The second is technical manipulation. They force prices to move in the direction the manipulator wants and require good knowledge of the technical side of things.

Usually, manipulations are designed for short-term effects, so it is mostly short-term inve

stors and day-traders (exchange speculators who make transactions within one day) who suffer from them.

So the best protection against manipulations, according to experts, is investing for the long term. Here are a few methods of manipulation for your reference. But we warn against trying to do them again. Such methods of influencing the market are forbidden by law.

Fake news is a classic of the manipulative genre. As a rule, big players do this. They spread rumors in various media outlets in order to exert the influence they need on investors and, through them, on prices. This strategy is used quite often.

There are a lot of variations. Some fake company accounts in social networks and publish “fakes”; some spread rumors through journalists they know. Negative news causes the stock to fall, after which the manipulator buys a cheap asset. And vice versa – positive information pushes quotes up.

A classic example of the use of fake news is called Pump & Dump. This scheme allows you to quickly increase the value of cheap stocks and then sell them at a large profit – dump.

To do this, the manipulators send out multiple messages to potential buyers, telling them that the stock is going to rise. Fictitious statements on social networks, deceptive articles, and other tricks are also used. Market participants are led to believe that the stock is a bargain. The result is a sharp increase in trading volume and quotes. When the manipulators get what they want, they sell their stocks – and the price plummets.

To avoid falling into the trap of manipulators, an investor should carefully check the information and avoid buying securities that are soaring in price. 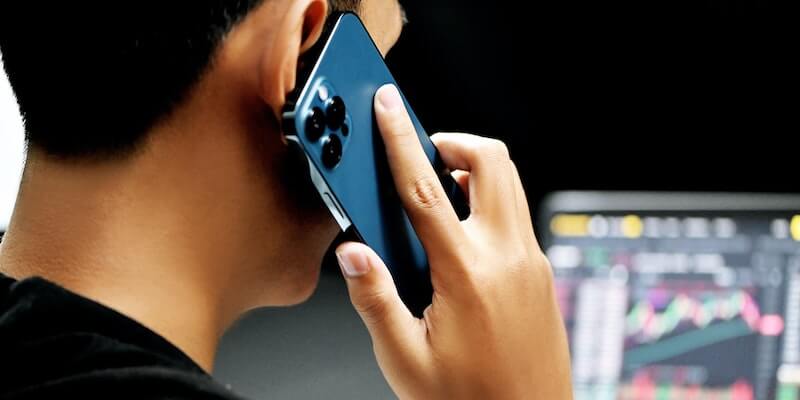 A case of technique

Spoofing is the imitation of an order to buy or sell. This type of manipulation is available only for big players with big sums of money.

For example, a spoofing trader places an order to sell futures at $45, preferably in considerable volume, while the market price of a share is $45.02. But he is not going to wait for his order to be executed – he just wants to create a false impression of falling prices.

After other sellers start selling at $45, the spoofer cancels his sell order and buys the asset at $45, which he set himself by deception. After that, he places a new order, but to buy, for example at the level of $45.04, and when the price reaches that level, he sells the shares bought earlier at $45.

The ultimate goal of this manipulative scheme is a dramatic change in prices.

Suppose a big player wants to achieve a rapid drop in quotations. To do this, he buys stocks over a long period of time – discreetly and in small portions, so that the market rises, but investors do not notice the intervention. After prices have risen to the desired level, the player discards the purchased shares. From the volume sale, the quotes fly down sharply. Taking advantage of the fall, the manipulator can buy securities at a lower price. The player ends up with the same amount of stock but adds the profit he made on the decline.

This scheme is used to “shake out” speculators from the market and achieve a fall in the price of an asset. It is also used by big players, such as hedge funds.

They provoke sharp, unpredictable jumps in quotations up and down. Small speculators begin to worry and just in case, they exit their positions, i.e., they sell the assets. The sales cause the price to fall. Bingo! The big player has reached his goal.

Suppose some investor manages to catch the moment of fall and decides to buy shares, in order to earn on the rise later. If a hedge fund noticed this, it could knock the price down even more by “bumping” that investor out of the stock.

A “rocking” strategy is akin to a “washboard” in the way it is implemented. The idea is not to drive speculators out of the market, but on the contrary – to make their open positions and stop reacting to market movements, i.e. to attract and retain them.

At the heart of such a manipulative scheme is the tradition of using stop-losses, when an investor instructs a broker to sell a stock at a certain price to limit a loss.

To “bump” investors, the big player pushes prices up and down with increasing amplitude. The player’s goal is to bring the price to levels where most of the stop losses set by speculators and market participants will be triggered.

The price fluctuations force investors to move stop-losses farther away, and the big player, meanwhile, continues to increase the amplitude of the fluctuations. If market participants begin to exit positions, the player shifts prices in a direction that benefits investors so that they reopen positions. The manipulator does all this until the bulk of investors take a wait-and-see position, being inside the positions and having removed all stop-losses.

Then the big player makes a final move against the main mass of investors. If there are more long positions in the market, the big player sells many shares, which leads to a significant drop in price. Investors can not stand it and fix profits with significant losses. Prices fall even lower.