How do you invest to make a million dollars?

To succeed in trading or investing, you need a sound strategy and analysis of the financial instruments in which you will invest.

There are many ways to increase your income through investing – and most of the options are considered risky. In this article, we’ll break down the appropriate ways to invest that can help make many dreams come true and earn $1 million.

This method is considered risky, but quite profitable. The point is to finance startups, where you invest in a promising developing project, company, or idea, and in return, you get a stake in the company.

The plus side of venture capital investment is the possibility of very high returns. As an example, Jim Breyer invested $12 million in Facebook, and within 6 years, he realized $10 billion in profit.

Venture investments also have their disadvantages – the risk of losing all investments, because many startups fail. Also, don’t forget that you need to have a lot of capital to invest in several projects at the same time.

Statistics show that in 2021, twice as much investment came into the venture capital market as a year ago. Since the coronavirus epidemic, many sectors of the economy have been booming, and investors have started to show increased interest in startups.

Here are three companies to invest in, as they have good future development potential:

Investing in startups has two possible outcomes: either you will be successful and have a high income, or you will lose all your investments.

In March 2020, all markets, including the cryptocurrency market, suffered a sharp drop. The reason for that was COVID-19, because of which we had to introduce almost a worldwide lockdown. Some investors did the right thing: they bought crypto-assets on the drawdown, which brought them good profits a year later. Based on this, we can say that the cryptocurrency market is considered a good, but at the same time risky option for earning your first million. Below we will break down a few coins that have demonstrated how their value increases manifold in the shortest amount of time. 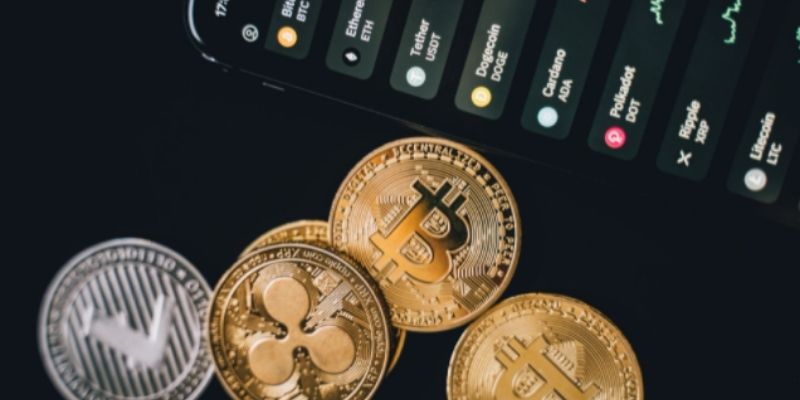 The Solana project gained popularity in 2021, when the SOL coin grew by 3000% and entered the segment of decentralized finance and non-interchangeable tokens within a few months. In January 2021, when the coin’s price was $3, there was a sharp jump and in September the price rose to $209. Solana has over 84,000 users in the telegram community, and more than 250 projects have launched on its blockchain. According to representatives of this token, the blockchain has a throughput of 60,000 transactions per second. The coin appeared in April 2020 and investors were skeptical about it, but experts predict that the value of the cryptocurrency could reach $500 by 2025. Based on this, we can conclude that Solana is a promising project with an active community, so the native token will continue to grow in value.

The cryptocurrency was created as a joke, based on the Shiba Inu dog, and had a very low value of around $0.003 on the exchange. But the joke coin became extremely popular in early 2021, following a statement by Ilon Musk in his tweet about being the CEO of Dogecoin. The cryptocurrency also began to be bought up en masse by the Reddit community, which caused the digital asset’s price to skyrocket.

In early February 2021, Dogecoin entered the top 10 cryptocurrencies by capitalization and continues to grow rapidly. The cryptocurrency’s price is currently $0.2, but all the token’s growth prospects depend on its hype and community support.

This coin, conceived as a Dogecoin clone, blew up the internet with its rapid growth on the market. In a few months, the token went up 500,000 times in price. The initiator of Shiba’s price growth was Dogecoin, which helped the token gain incredible profits in a short period of time. If you invested 2 dollars in the coin in early January 2021, you would have a $15.000 in May. But if you didn’t have time to sell it, you wouldn’t be a millionaire, because the coin had lost 80% of its value. This shows that in HYIP cryptocurrencies, everything depends on chance: if you managed to buy in time, and then sell a hundred times more expensive – you’re lucky, you hit the jackpot. It is worth understanding that such coins are not a pattern, but an exception. The funds you invested can simply disappear because the price of meme-cryptocurrencies can fall much faster than rise.

Compared to coins that have risen sharply in value in a short period of time and may soon be forgotten, bitcoin remains an attractive coin for cryptoinvestors.

Bitcoin has established itself as a promising investment option over time, but don’t forget that it is highly risky.

According to experts, the main cryptocurrency expects a good growth by the end of 2021, but invest in it those funds, the loss of which will not affect your well-being.

Earning a million is not easy – you either have to wait a long time for a profit, or there is a chance of losing all the money. Beginning investors, before investing their money in promising or just emerging projects, it is recommended to analyze the market and develop a strategy for investing. Also, one should not forget about the risks that may arise at the most inopportune moment.