Cryptocurrencies are digital currencies intended for use as a medium of exchange, unit of account, storage and a variety of other purposes through cryptography. 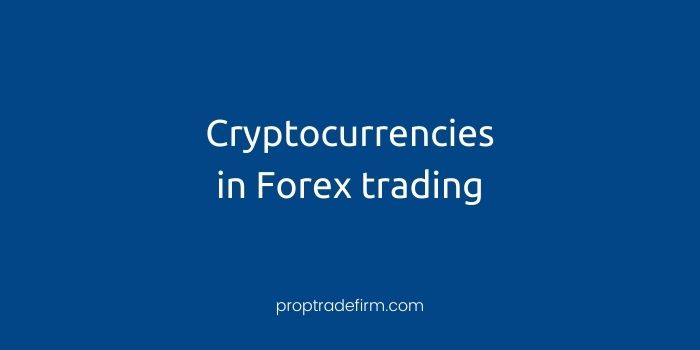 Cryptocurrencies are all different, but almost all are based on electronic peer-to-peer (P2P) networks. Each member of the network can perform the functions necessary for the cryptocurrency to work. This is done through automated software by allocating some of the participant’s computing power.

Cryptography is used to ensure the proper generation of cryptocurrency blocks, to secure transactions and the overall functioning of the underlying infrastructure.

The most famous example of a cryptocurrency is bitcoin, while other cryptocurrencies are commonly referred to as altcoins (altcoins, alternative coins).

The easiest way to understand how bitcoin and most other cryptocurrencies work is to think of them as electronic registries, where each participant keeps an electronic copy of all transactions made on the network.

These registries or logs are encrypted in a special way. Each participant has its own private key to sign new transactions into the registry and has access to the public keys of other participants to verify their transactions.

However, you don’t need all this if you are going to trade only cryptocurrencies or use them as a payment method with a broker. There is a special software for technical tasks. But the security of funds should be taken care of.

Cryptocurrencies are neither better nor worse than others (only bitcoin stands out). They are simply popular with Forex brokers and are likely to be available to you as CFDs.

The world’s first cryptocurrency, Bitcoin, was developed in 2008 by one Satoshi Nakamoto (often referred to as “Satoshi” is more popular, but mistaken). Bitcoin is based on blockchain, a publicly distributed, decentralized, peer-to-peer network that was launched in 2009. Bitcoin is the leader in the cryptocurrency world in terms of prevalence, capitalization, and development.

The bitcoin blockchain split twice in 2017, resulting in not only BTC, but also BCH and BTG.

Bitcoin is the most common cryptocurrency, and therefore it has the highest liquidity and lowest spread.

Ethereum or “ether” is a cryptocurrency created by Vitalik Buterin in 2015. In general, ethereum is similar to bitcoin, but the main difference is that the cryptocurrency ethereum (the English word Ether refers to the cryptocurrency itself, while Ethereum is the name of the entire platform) is inflationary in nature compared to the deflationary nature of bitcoin. In addition, Ethereum runs on smart contracts using the Ethereum virtual machine. Proponents of ethereum see this as a great advantage and a step up from bitcoin. Ethereum does not have its own ISO code, but the designation ETH is accepted for it.

The Ethereum blockchain underwent a split in 2016, resulting in the designations ETH and ETC.

Monero is a privacy-oriented cryptocurrency. It was originally launched in 2014 as BitMonero by an anonymous programmer. It was further developed by the community and the cryptocurrency itself was renamed Monero. It was based on a modification of the CryptoNote protocol but evolved separately from it over time. Monero has gone through several upgrades to the crypto network that have increased its reliability as the first cryptocurrency for users who need unconditional secrecy for their transactions. Monero’s trading symbol is XMR.

Although the supply of Monero is limited in about the same way as Bitcoin, the reward for mining will never drop to zero, but will drop to a fixed, albeit low, level, remaining at it forever.

Litecoin is a bitcoin fork organized by Charlie Lee in 2011. It is based on a different cryptographic algorithm (scrypt, not SHA-256). The issuance is limited, just like bitcoin.

The designation of Litecoin is LTC.

Ripple is very different from regular cryptocurrencies. It is a payment protocol built over a distributed blockchain. Ripple was launched in 2012 by Ripple Labs. Although the protocol is open source, the ripple currency is owned by the developer company and cannot be “mined.” However, this is not that important if you are only interested in trading.

Ripple cryptocurrency is denoted by the code XRP.

Unlike other cryptocurrencies, Ripple is used by many banks because of its high transaction speed.

The easiest way to get a cryptocurrency is through numerous exchanges like Bitfinex, Poloniex, Kraken, etc. On these exchanges you can both exchange currencies with each other and trade, also using margin.

The largest cryptocurrency exchanges provide the opportunity to trade with a leverage of 1:2 to 1:5. This is not much compared to Forex brokers, but enough to greatly increase the potential profit and loss.

Leverage on exchanges is financed by other exchange members, the so-called margin investors). Traders take the funds for each trade they make, with a different interest rate, and pay for it as long as the position remains open. The entire process is carried out by the trading platform in automatic mode.

When conducting margin trading on the exchange, the trader usually incurs the following costs:

Advantages of trading on the exchange:

Disadvantages of trading on the exchange:

Forex brokers – quickly realized that they can offer cryptocurrency pairs along with regular ones. As a rule, a broker provides an opportunity to trade CFDs (Contracts for Difference), where each deal is actually a bet since there is no exchange of assets. Theoretically, it allows brokers to offer higher leverage and lower commissions, but in practice, due to low competition, these parameters remain close to their exchange counterparts.

The list of trader’s expenses when trading CFD with a broker is similar to the similar list for cryptocurrency exchanges:

Advantages of bitcoin and altcoin trading at brokers:

Disadvantages of trading cryptocurrency with a broker:

Bitcoin futures trading is available on the traditional CME exchange and on cryptocurrency exchanges like Poloniex or Kraken, allowing conservative investors to participate in cryptocurrency trading as well.

The advantages of trading cryptocurrency futures are:

Bitcoin futures trading on regulated exchanges is a good choice for the institutional trader or the U.S. retail investor. Otherwise, it’s far from a good idea.

Why trade cryptocurrency at all?

Are many people new to cryptocurrency trading ask: isn’t it better to just use a “buy and hold” strategy? This is an important question that has no obvious answer.

On the one hand, the long-term charts above show that cryptocurrencies have risen significantly against the dollar in just a few years. It was enough just to invest in bitcoin in 2014 to make excellent profits now.

On the other hand, all cryptocurrencies go through periods of violent ups and downs that can last for years. Margin trading provides an opportunity to monetize such movements through sell trades. At the same time, leveraged trading should be more effective than the usual “buy and hold” approach. On the other hand, some altcoins can lose their value completely, turning a possible investment into zero.